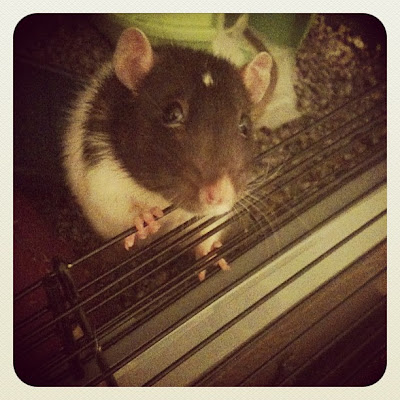 Horatio isn't well - the vet is unclear what the problem is (so off to another vet on Monday who knows a bit more about rats) but it looks to be neurological. He seems to have lost some co-ordination and balance. His front paws have lost the ability to grip (though they aren't clenched in fists or lacking power) so moving around and  holding food are all a challenge. There are no lumps, no swellings, he doesn't squeak when touched anywhere, there is no listing or favouring one side and he still wants to eat. In fact he is generally not showing the symptoms we'd expect. Still since either Walter or Bothwell them showed any signs until the last few days of their little lives, this whole idea that they'll show with certain behaviours seems rather flawed.

Horatio does also have issues eating solid food, though still has an appetite and wants to eat. So when offered squishy food he is eating. He does love the fondant from a fondant fancy, chocolate paste (even with the antibiotics we are trying in case it's an ear infection of similar) and Ella's Kitchen Sweetcorn, pumpkin and peas stage 1 baby food. Other varieties are available be he refuses to eat them - good to see he's as fussy as usual then.
Posted by Kateri at 17:01

Email ThisBlogThis!Share to TwitterShare to FacebookShare to Pinterest
Labels: Illness

Stars of the Blog

Photos and dates for the stars of our blog. 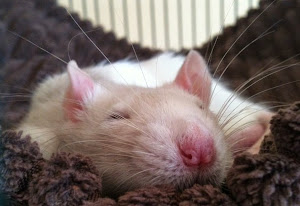 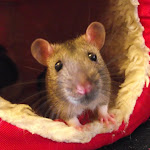 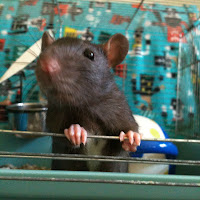 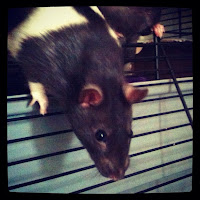 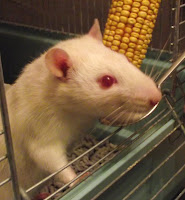 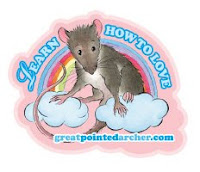